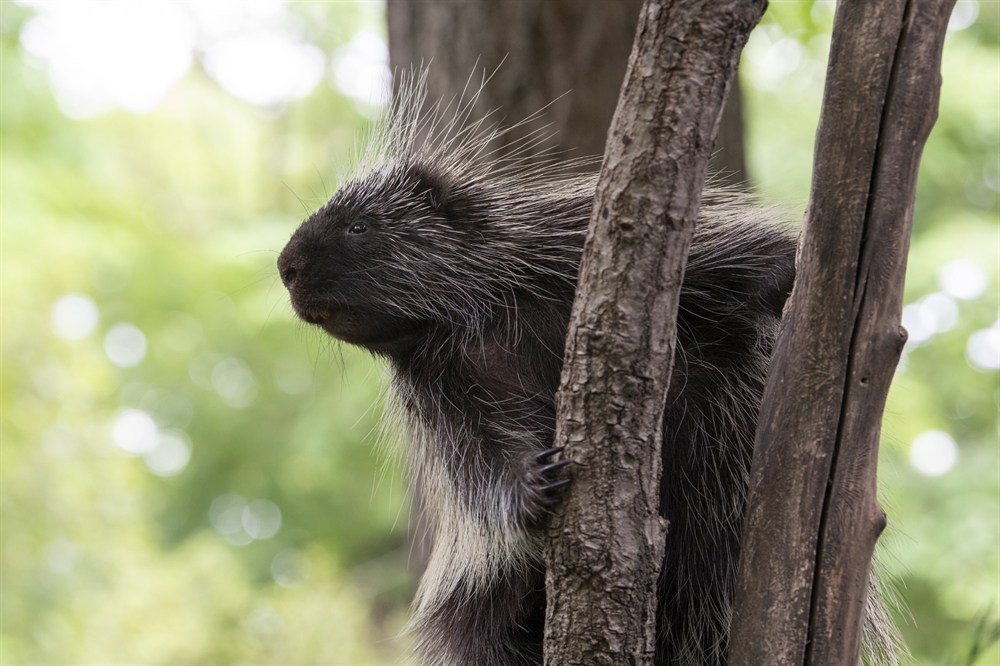 The young female porcupine is named Barb; a clever reference to the species’ characteristic quills. She was born to mother, Needles, and father, Spike. This is the pair’s first offspring.

Exhibit times will vary until the youngster fully acclimates to its habitat.

The porcupine’s most recognizable physical characteristic is its sharp quills. They can have as many as 30,000 quills covering their bodies and use them as a defense against predators. Despite popular belief, porcupines cannot shoot their quills. North American porcupine quills have a tiny barb on each tip that, when hooked in skin, pull from the porcupine and painfully imbed in a predator’s face, paws or body.  The lost quills regrow to provide continued protection.

At birth, the quills are very soft. They begin to harden a few hours after birth and continue to harden and grow as the animal matures.

Young porcupines begin eating solid food as early as three weeks old, but will continue to nurse for about three months.

North American porcupines live in healthy numbers across much of North America. Their range extends across most of Canada and the United States from Alaska to Texas.