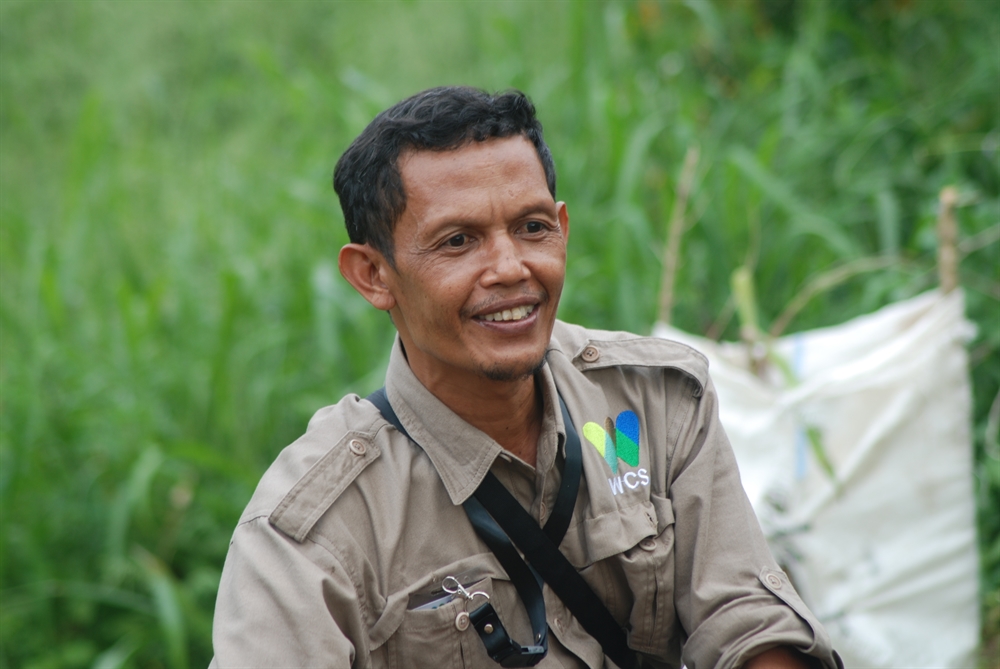 The Wildlife Conservation Society (WCS) announced today that Tabah, Wildlife Response Unit Coordinator of WCS Indonesia, has been honored with a 2020 Disney Conservation Hero Award. The award recognizes local citizens for their commitment to save wildlife, protect habitats and inspire their communities to take part in conservation efforts. Recipients from around the world were nominated by nonprofit environmental organizations, and each honoree and his or her nominating organization will share a $1,500 award from the Disney Conservation Fund.

Motivated by a volunteer opportunity that led him to witness the negative impact of wildlife poaching, Tabah has spent more than two decades supporting forest-edge communities in reducing conflict with threatened wildlife, including tigers and elephants in and around Bukit Barisan Selatan (BBS) National Park on the Indonesian island of Sumatra.

Working in partnership with the Ministry of Environment and Forestry, Tabah has supported research to find win-win solutions for wildlife and people. He helped resolve more than 370 human-wildlife conflict cases in more than 50 villages surrounding BBS, and aided communities in building nearly 200 tiger-proof livestock enclosures to reduce conflicts. In addition, he educated communities and de-escalated conflicts that would otherwise result in retaliation against critically endangered Sumatran tigers.

His personal approach has gained him trust and respect among communities, and his dedication has shown clear and positive results with reduced frequency of human-tiger conflicts across the landscape and surveys once again showing a healthy density of tigers in the core forest areas of the park.

Tabah is one of only 20 award recipients in the 2020 cohort globally.

Said Tabah: “This award motivates me to keep doing and developing conservation efforts to achieve a coexistence between humans and wildlife—particularly the Sumatran tiger and Sumatran elephant—in villages that have been affected by conflict. I hope Disney can amplify our efforts so that it can be an inspiration to people in other parts of the world.”

For information on Disney’s commitment to conservation and a complete list of recent Conservation Hero Award recipients, visit Disney.com/Conservation.