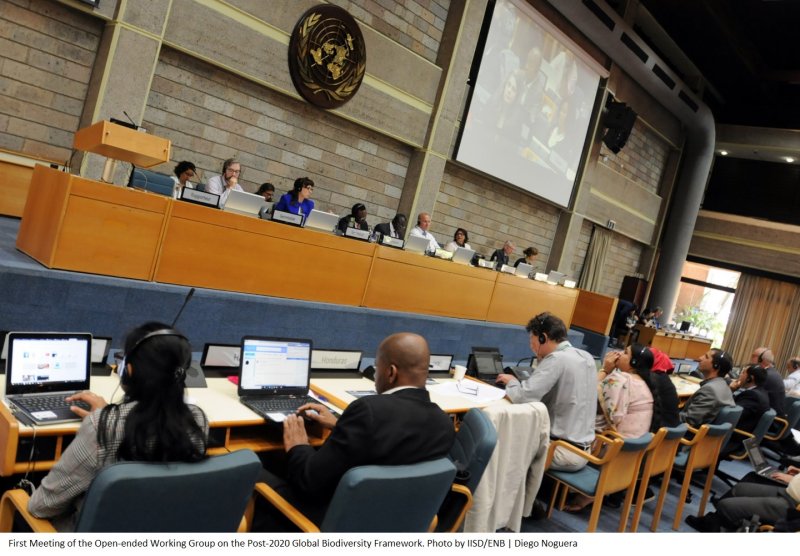 The first meeting of the Open-ended Working Group on the Post-2020 Global Biodiversity Framework was held at the United Nations offices in Nairobi, Kenya, from August, 27-30 2019. This meeting marked the formal start of discussions towards a new global biodiversity framework post-2020, with the current strategic plan (2010-2020) of the Convention on Biological Diversity (CBD) coming to an end next year.

Attention has been raised about the high rates of biodiversity loss that is undermining the quality of life on earth for all. Scientific reports such as the Global Assessment on Biodiversity by the Intergovernmental Science-Policy Platform on Biodiversity and Ecosystem Services, and the Intergovernmental Panel on Climate Change Special Report on Climate Change and Land point to alarming destruction and degradation of nature. To reverse and halt this negative trend, biodiversity loss needs to be accorded the highest policy priority, in addition to a concerted and renewed effort by all sectors.

While addressing the over 300 participants including representatives from the government, non-government organizations, intergovernmental organizations, the private sector, indigenous people and the local community, youth, education and the United Nations, Ms Pasca Palmer, Executive Secretary of the CBD, noted the increase by the public, led by the youth, in calling for action to safeguard nature. ‘Much work remains before us to deliver an agreement in 2020 that will ultimately help bend the curve of biodiversity loss and facilitate the achievement of the 2050 Vision of the Convention to Live in Harmony in Nature,’ said Pasca. She called on all to take action in the fight against biodiversity loss, noting that the cost of inaction only keeps rising. Inger Anderson, Executive Secretary of the United Nations Environment Programme, noted that the framework will be crucial in eradicating biodiversity loss. She further observed that the process provides a great opportunity to learn, investigate and inquire why past targets have not been met in order to get it right in the new framework. Inger called on the buy in from sectors that sit outside biodiversity, such as agriculture, public works and infrastructure, as part of the solution. She challenged and encouraged experts to develop an ‘apex target’ for biodiversity, similar to the 1.5 degrees climate target, that can be used to measure biodiversity loss and better inform decision makers.

Over the four days of the conference, delegates deliberated on the desired components of a good framework. A road map on the development of the draft framework was also agreed upon.

The post-2020 framework will be launched at CBD 15 in October 2020 in Kunming, China. Expected to be ambitious and capable of yielding the desired goals, the framework is expected to move the global community to a phase where a real change in reversing the loss of biodiversity can be seen, while at the same time steering the planet on the right path towards achieving the 2050 Vision of Living in Harmony with Nature.

Convention on Biological Diversity (CBD) Opened for signature at the Earth Summit in Rio de Janeiro in 1992, and entering into force in December 1993, the Convention on Biological Diversity is an international treaty for the conservation of biodiversity, the sustainable use of the components of biodiversity and the equitable sharing of the benefits derived from the use of genetic resources. With 196 Parties, the Convention has near universal participation among countries. The Convention seeks to address all threats to biodiversity and ecosystem services, including threats from climate change, through scientific assessments, the development of tools, incentives and processes, the transfer of technologies and good practices and the full and active involvement of relevant stakeholders including indigenous and local communities, youth, NGOs, women and the business community. www.cbd.int

Read the IISD Reporting Services summary of the meeting: Summary of the First Meeting of the Open-ended Working Group on the Post-2020 Global Biodiversity Framework