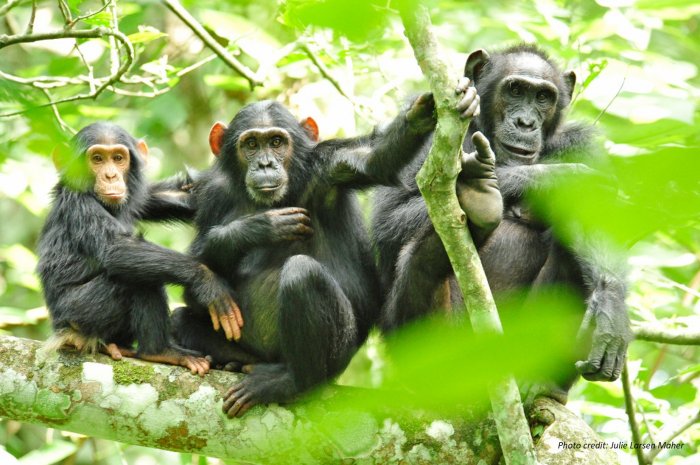 The new WWF 2020 Living Planet Report reveals that there has been a two-thirds decline in wildlife populations on average since 1970 and calls for urgent action to end the destruction of natural habitats for the health and well-being of humanity and nature.

From the executive summary

‘The global Living Planet Index (LPI) continues to decline. It shows an average 68% decrease in population sizes of mammals, birds, amphibians, reptiles and fish between 1970 and 2016. A 94% decline in the LPI for the tropical subregions of the Americas is the largest fall observed in any part of the world.

Why does this matter?

‘It matters because biodiversity is fundamental to human life on Earth, and the evidence is unequivocal – it is being destroyed by us at a rate unprecedented in history. Since the industrial revolution, human activities have increasingly destroyed and degraded forests, grasslands, wetlands and other important ecosystems, threatening human well-being. Seventy-five per cent of the Earth’s ice-free land surface has already been significantly altered, most of the oceans are polluted, and more than 85% of the area of wetlands has been lost.

‘In the last 50 years our world has been transformed by an explosion in global trade, consumption and human population growth, as well as an enormous move towards urbanisation. These underlying trends are driving the unrelenting destruction of nature, with humanity now overusing our natural capital at an unprecedented rate. Only a handful of countries retain most of the last remaining wilderness areas. As a result of our 21st century lifestyles our natural world is transforming more rapidly than ever before, and climate change is further accelerating the change.

‘Global economic growth in the last half century has changed our world unrecognisably, driving exponential health, knowledge and standard-of-living improvements. Yet this has come at a huge cost to nature and the stability of the Earth’s operating systems that sustain us.

‘Social and economic globalisation are undoubtedly the most important forces shaping contemporary societies. Since 1970, total gross domestic product (GDP) has increased four times, the extraction of living materials from nature has tripled and, in total, the global human population has doubled along with an enormous trend towards urbanisation.

‘Migration has also changed the face of our planet. More than 260 million migrants have entered other countries since 1970, mainly developed countries, and this migration occurs increasingly in precarious conditions. The global movement of people across regions increased at an unprecedented pace during this period, producing profound economic gaps.

‘Indeed, trade has exploded with the value of exports rising 200- fold from 1970 to 2017, with the largest increases in developed countries (1,200-fold). This boom has enabled higher-income countries to increase their consumption even though nature, within their own boundaries, is relatively well protected; much of the added consumption is of nature’s contributions imported from lower-income countries, which are sometimes surrendered for little economic growth. Supply chains that depend heavily on nature are often dominated by large corporations and when their, and others’, amassed capital is funnelled through tax havens it can be difficult to regulate the financing of activities that damage the planet’s natural systems.

‘Further, a number of economic policies currently provide incentives to degrade nature − such as direct and indirect subsidies to use fossil fuels, as well as those related to fisheries and agriculture. While eliminating this form of incentive is not impossible, the political complexities and constraints are vast. However, increasingly, some policies offer incentives to reflect the value of nature’s contributions within individual behaviours, as do some private incentives, for example through certified supply chains. Nations also create protected areas, including different types in recognition that empowering local interests in conservation is critical.

‘These patterns of production, consumption, finance and governance, alongside population, migration and urbanisation demographics, are indirect drivers of biodiversity loss as they underlie land-use change and habitat loss, the overexploitation of natural resources, pollution, the spread of invasive species and climate change – the direct drivers of the destruction of terrestrial, freshwater and marine ecosystems.

‘Indeed, one-third of the terrestrial land surface is now used for cropping or animal husbandry, while of the total amount of water that people withdraw from available freshwater resources, 75% is used for crops or livestock.

‘In marine ecosystems, the direct exploitation of organisms, mainly in fishing, has expanded geographically and into deeper waters, and now covers over half the surface of the oceans. With shipping accounting for 90% of world trade 17 to destinations all over the globe, our oceans are also a conduit for the spread of invasive alien species that often ‘hitchhike’ to new places – for instance in ballast water, as fouling organisms attached to the hulls of ships or in packing materials, living plants or soils. The rate of new introductions of invasive species has increased steeply since 1950, and a recent study found that 37% of all recorded alien species were introduced between 1970 and 2014. In parallel, the impacts of ‘these introductions on biodiversity and human livelihoods are increasing worldwide.

Climate change is accelerating, leading to the increased frequency and intensity of extreme weather events and sea level rise, putting further pressure on ecosystems and biodiversity.

‘Until now, decades of words and warnings have not changed modern human society’s business-as-usual trajectory. Yet in times of rapid upheaval and disruption new ideas, creativity, processes and opportunities for transformation can arise. The future is always uncertain but perhaps the COVID-19 pandemic will spur us on to embrace this unexpected opportunity and revolutionise how we take care of our home.