The Future of Biodiversity in Africa

African conservation leaders should “move beyond piecemeal projects” and “make biodiversity the foundation of African development,” by bundling ecosystem services to recognize nature as an asset for the well-being of society, according to Mohamed Bakarr, Senior Vice President of Conservation International. Bakarr was speaking at a workshop on the Future of Biodiversity in Africa, convened by IUCN in conjunction with the Africa Biodiversity Collaborative Group in Dar es Salaam, Tanzania. The workshop, held 18 to 20 September 2008 with support from the U.S. Agency for International Development and the John D. and Catherine T. MacArthur Foundation, brought 35 experts from across sub-Saharan Africa together to review achievements in biodiversity conservation, scan the horizon for emerging challenges, and articulate a vision statement for the biodiversity from the standpoint of the year 2025. The goal is to provide input into donor programs on the links between biodiversity and emerging challenges such as climate change and intensified investment in extractive industries. The Africa Biodiversity Collaborative Group (ABCG) is a network of international conservation organizations with programs addressing biodiversity in Africa. Members include the African Wildlife Foundation, Conservation International, IUCN-The World Conservation Union, the Jane Goodall Institute, The Nature Conservancy, Wildlife Conservation Society, World Resources Institute, and World Wildlife Fund. In the opening message to the workshop, the Director of Tanzania’s Ministry of Environment, Dr. Eric Mugurusi, conveyed a statement from the Minister of State for Environment, Dr. Baltilda Burian that “Africa is the most vulnerable continent to climate change.” Burian noted that climate change would have a severe impact on national parks, wildlife conservation, agricultural lands and tourism, and called for the development of climate adaptation strategies, increase in the use of renewable energy, and improved land management including restoration of degraded lands. In his keynote address, Conservation International Senior Vice President Mohamed Bakarr reminded participants of the tremendous accomplishments of conservation in Africa, particularly in protected areas, which have preserved assets that otherwise could have been lost. The challenge, he said, was that “people and nature are not separate, they are one and the same. We now have a chance to recognize that the well-being of people and of the planet depend upon the well-being of natural resources….we cannot keep creating protected areas if we can’t put them in the context of the services that are critical for the well-being of both people and ecosystems.” The workshop produced a vision statement that was shared with the U.S. Agency for International Development and other donors and partners for use in its biodiversity programming.

The Future of Biodiversity in Africa (Read the full report here)

Biodiversity remains the fundamental basis of Africa’s development, and underpins the well-being of current and future generations. With swelling human demand upon natural resources and inadequate institutional infrastructure, however, Africa has witnessed the destruction and degradation of vast natural areas, from forests and savannahs to freshwater and marine areas. Nevertheless, significant areas in Africa still remain where the habitat is relatively intact, and Africa holds much of the world’s biodiversity and natural resources. However, climate change, ongoing population growth till late in the century and globalization of trade pose serious threats for the future. But there are also opportunities which we must seize, building on existing successful approaches to biodiversity conservation as well as new innovation, to take urgent and renewed action. For the great majority of African’s, biodiversity represents the only lifeline that can no longer be ignored. Experts in biodiversity conservation from across Africa, convened by IUCN and the Africa Biodiversity Collaborative Group in Dar es Salaam on September 18-20, 2008, articulated the following vision for the future of biodiversity in Africa, and call upon donors and partners to join them in realizing this vision.

By 2025, environmental degradation and biodiversity loss in Africa have been significantly slowed, people and nature are adapting to climate change, and species and ecosystem services are providing a foundation for human welfare in a society committed to sustainable economic development and equitable sharing of natural resource benefits.

This effort was funded by the Biodiversity Analysis and Technical Support (BATS) for USAID/Africa Program of the U.S. Agency for International Development, Bureau for Africa, Office of Sustainable Development (AFR/SD). Program partners include Chemonics International Inc., U.S. Forest Service/International Programs and the Africa Biodiversity Collaborative Group. Also see the ABCG Meeting on Mapping Future Trends and Interventions for Biodiversity Conservation in Africa and the Chemonics International publication, Protecting Hard-Won Ground. In December 2008, ABCG organized a follow on session on “The Future of Biodiversity in Africa” at the National Council for Science and the Environment (NCSE) Conference on “Biodiversity in a Rapidly Changing World”. See the Recommendatons put forth for the incoming Obama Administration and others for action on conservation in Africa. In January 2009, ABCG led an organized discussion at the Society for Conservation Biology-Africa Section Conference in Ghana to get feedback on the Dar Vision Statement and how to turn it into policy interventions. See the powerpoint presented on The Future of Biology in Africa: Turning the Dar Vision into Policy Initiatives. Read the full report: The Future of Biodiversity in Africa: Report of a Consultation 2007-2009.

On 29 November 2005, the Conservation Measures Partnership (CMP) (http://www.conservationmeasures.org), a joint venture of conservation non-governmental organizations (NGOs) and other collaborators that are committed to improving the practice of conservation, gave a special update about their collaborative work on management effectiveness (open standards and conservation audits) and status measures.  Please see the meeting agenda.

To exchange information and ideas from recent priority setting and site-based conservation planning initiatives by organizations that belong to the Africa Biodiversity Collaborative Group (ABCG), a May 2000 meeting was hosted.  The meeting, held at Conservation International (CI)and chaired by African Wildlife Foundation (AWF), found that all ABCG organizations are working beyond the traditional protected area level to focus on a broader landscape level.  Yet organizations operate at two different levels: the site level and the regional level.  For example, both the Wildlife Conservation Society (WCS)and AWF work at the site level.  However, while WCS’ Living Landscape approach uses “landscape species” to determine the landscapes where they work, AWF’s African Heartland Program focuses on seven large African landscapes that represent many different ecological zones of Africa and use site conservation planning to determine their activities.  At the regional level, CI works on priority setting in hotspots such as the Upper Guinean Forests.  Hotspots are considered the richest and most threatened areas for biodiversity.  World Wildlife Fund’s ecoregion programs performs priority setting analysis in areas such as the Congolian Basin that are selected for representativeness of the broadest variety of the world’s habitats.

On Tuesday, 2 March 2004, the Africa Biodiversity Collaborative Group (ABCG) hosted a presentation by Charles Kelly of Benfield Hazard Research Centre, University College London on the “Rapid Environmental Impact Assessment in Disasters (REA)” project. The REA has been developed to quickly identify salient environmental issues in disasters and improve the overall effectiveness of relief operations. In the past, environmental issues were not systematically considered in disaster relief planning and operations for lack of an appropriate assessment process. The REA now permits environmental considerations to be incorporated into disaster response at the community as well as organizational levels. The REA, formalized into a Guidelines for Rapid Environmental Impact Assessment in Disasters, has been field tested in Afghanistan, Ethiopia and Indonesia. In addition, a training module on the REA has been developed. Additional information on the project is available on the web at www.benfieldhrc.org/SiteRoot/disaster_studies/rea/rea_index.htm. The presentation focused on the role of environmental non-governmental organizations (NGOs) in emergency situations.

Wildlife Management Issues in Africa and the Mweka Response: The Case of Tanzania

Powerpoint presentation by Freddy Manongi, Deputy Principal and Director of Studies, of the College of African Wildlife Management, Mweka, Tanzania, on “Wildlife Management Issues in Africa and the Mweka Response: The Case of Tanzania” presented at WWF on 15 August 2007.

African Biodiversity: Foundation for the Future–A Framework for Integrating Biodiversity Cconservation and Sustainable Development  By: Alden Almquist, Ian Deshmukh, Paula Donnelly-Roark, et al. (1993) Courtesy of USAID Bureau for Africa via the Development Experience Clearinghouse This report, a pivotal document that brought together an advisory committee  of predominantly African experts from all regions and disciplines, generated pertinent information on ways to approach conservation and development in Africa. Compiled by the Biodiversity Support Program then consisting of WWF-US, WRI and TNC, the results and recommendations were and still are relevant and visionary, proving to be a precursor to the ABCG consortium, vision and mission statement, and strategic objectives. The following is the report abstract from DEC: Abstract: Access to diverse biological resources–animal and plant, marine and terrestrial–is being threatened in African communities by use of unsustainable production practices. This report suggests a series of practical (but by no means simple steps) that African governments and NGOs can to take to reverse this trend by linking sustainable development and biodiversity conservation. The report is divided into two parts. Part I presents an overview of the challenges Africans face in conserving their biological heritage and proposes a framework of recommendations and actions to address those challenges. Part II fills out this framework through an indepth discussion of critical biological diversity issues, including: ~ Find and download the full report here. A French version of the report can be found here. 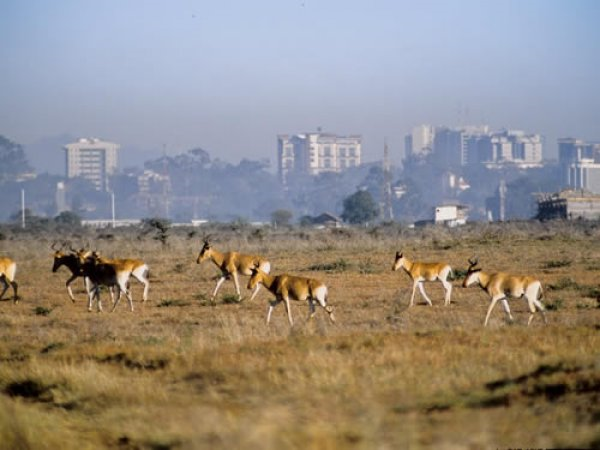 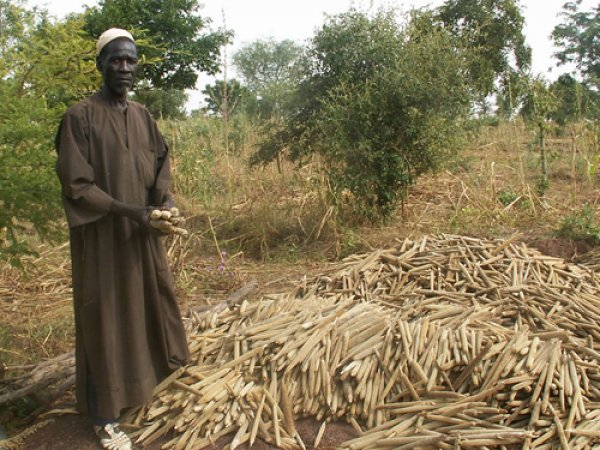 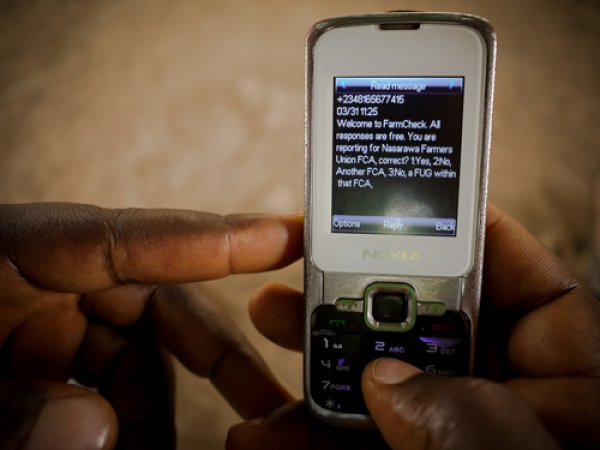 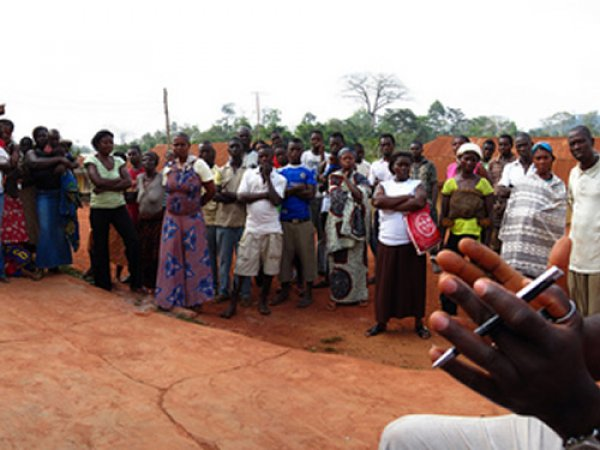