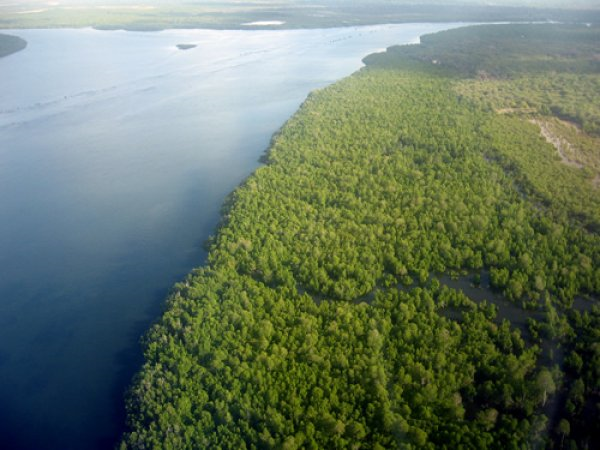 Addressing Global Climate Change Through Adaptation and Actions in Woodlands, Grasslands and Other Ecosystems

Climate change, and its impacts on ecosystems and people, will likely be the biggest threat to biodiversity conservation in Africa in the future. The expected impacts of climate change include shifting rainfall patterns, rising temperatures, shifts in seasons, and sea level rise. The sectors that are most vulnerable to climate change in Africa include agriculture, water, and health; coastal areas and islands are expected to be heavily impacted. The Intergovernmental Panel on Climate Change projects an economic loss of approximately 10% due to climate change. Biodiversity impacts of climate change include shifts in species distribution and range, and the impacts of mitigation activities. Africa is particularly vulnerable to impacts of climate variability and change because of multiple stresses and low adaptive capacity, which threatens all aspects of the development agenda. Climate change is also closely tied to and has an impact on land use. Furthermore, in terms of biodiversity, there is increased vulnerability. There is also concern that existing protected area networks may not be adequate for biodiversity conservation in a time of changing climate.

In 2012-2014, ABCG elevated Global Climate Change strategies to the level of a dedicated task, with four primary approaches to addressing climate change as follows:

“Adaptation is a journey and not a destination.”

The progress achieved over many decades of conservation efforts in Africa is increasingly threatened by climatic change. According to the Intergovernmental Panel on Climate Change, many parts of Africa are highly vulnerable to climate change-related stresses, and yet have a very low adaptive capacity. It is now widely recognized that climate change will exacerbate existing environmental degradation in Africa, threatening the rich diversity of plant and animal species as well as the livelihoods of large populations of subsistence farmers and fishers.

Africas rapidly increasing human population is driving increased pressure on the continents grasslands to produce more livestock for milk and protein. More intensive grazing and failing pastoralist systems, in Africas rangelands, are now exacerbating rangeland degradation in areas that are particularly vulnerable to climate change (Reid et al., 2004). In northern Kenya, rangeland degradation is the leading threat to pastoral people and wildlife living in and depending on these semi-arid grasslands for their survival.

Habitat degradation can lead to the loss of carbon stored in these same habitats. Forests, wetlands, grasslands, and agricultural systems store a significant portion of global carbon stocks in plants and soil. Depending on how landscapes are managed, they can either store more carbon (a carbon sink) or they can release carbon dioxide into the atmosphere (a source of carbon). Fire, a carbon source, also plays a dynamic role in pastoralist systems. Thus, how landscapes are managed can influence how well they serve to reduce global atmospheric levels of greenhouse gases.

A recent report (FAO 2010) suggested that the opportunities for improved grazing management to sequester carbon could be greater than for forestry and agriculture. Specifically, the report cited the fact that large populations of people who depend directly on grasslands are found in regions vulnerable to climate variability and climate change, and tend to be poor. Implementing practices to increase soil carbon stocks in grasslands could lead to considerable mitigation, adaptation and development benefits. Yet, the discussion of grassland carbon sequestration is far behind forest carbon sequestration, thus much more information is needed.

Renewable clean energy is a priority for sustainable development and is included in the Global Climate Change Initiative and several UN conventions. Speaking at the Fourth World Future Energy Summit, the UN Secretary-General reinforced the reality of a 40% increase in energy consumption over the next two decades, mostly in developing countries, where 1.6 billion people still lack access to electricity, and where 3 billion people rely on traditional biomass fuels for cooking, heating, and other basic household needs. The use of these traditional energy sources results in forest degradation and negatively impact climate change, through reduced carbon sequestration and increased GHG emissions. Additionally, they present a public health challenge from indoor air pollution . The negative impacts stemming from this situation highlight the importance of investing in sustainable and accessible green technologies.

Woodland is an important ecosystem in East and Southern Africa with important plant and animal biodiversity. Currently, these woodlands are being decimated at an unprecedented rate. Their loss will have a serious impact on biodiversity and greatly contribute to ongoing carbon emissions, but also impact our ability to mitigate climate change in the region. Therefore, it is important to identify priority areas for woodland conservation which will give the greatest return on our limited conservation resources. Such interventions also have a low social cost as well as the potential to secure woodland connectivity in response to climate change and human pressures.

Click through any of the following activity streams for recent activities and outcomes.

On 19 June 2003, the Africa Biodiversity Collaborative Group (ABCG) held a meeting on Global Climate Change: Biodiversity Impacts and Conservation Responses in Africa. The meeting, hosted and chaired by World Wildlife Fund (WWF), provided an opportunity to share information and learn about current activities on how global change will impact biodiversity conservation in Africa.Through presentations, the meeting explored: Climate Change: From Whence Does It Come and What Does It Mean for Protected Area Management? Impacts of Non-Climate Stressors on Biodiversity with Special Reference to Agricultural Changes Impacts of Climate Change in Central and Southern African Ecosystems Effects of Climate and Global Change on African Water ResourcesThe objectives of the meeting were to: Increase participants understanding of the likely impacts of climate change on biodiversity in Africa; Discuss current thinking on climate change adaptation mechanisms for biodiversity conservation; and Examine how to work with African partners to promote adaptation measures to reduce the impacts of global climate change on biodiversity conservation.