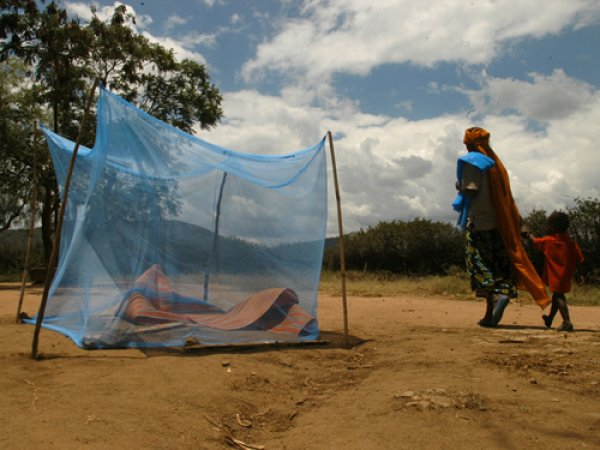 Bridging the gap between global health and biodiversity involves enhancing the relationship between healthy ecosystems and healthy communities including mitigating risk and impact of emerging diseases especially HIV/AIDS. This involves reducing the risk of disease transfer among wildlife, people and livestock; and mitigating the impacts of emerging diseases on wildlife, the environment, and people.

In addition, humans depend upon healthy freshwater ecosystems for sustaining the provision of multiple services over the medium and longer termincluding providing drinking water, sanitation and hygiene benefits. Ecosystem services support some 126,000 species, and these systems can be affected by water, sanitation and health (WASH) projects -either degraded or enhanced depending on how they are designed and implemented.

The HIV/AIDS pandemic is having unprecedented and tragic impacts on all sectors of society in sub-Saharan Africa, causing untold human suffering, serious economic effects, and social distruption. It is also affecting the environment: there are very close linkages between HIV/AIDS, rural livelihoods, human capacity and conservation.

Since 2001, the Africa Biodiversity Collaborative Group (ABCG) has been working withpartners in Eastern and Southern Africa to learn about the environmental impacts brought on by HIV/AIDS, and to identify and catalyzecoping strategiesfor the conservation sector to reduce these impacts.Much of this work is done in collaboration with other sectors.

Water, Sanitation and Hygiene (WASH) and Conservation in Africa

WASH projects can play a greater role in improving the lives of people while protecting freshwater dependent species and resources. Given the existing disparities in access to clean water across the globe, this project focuses on African countries. While globally incredible progress has been made towards achieving the U.N. Millennium Development Goal (MDG) concerning access to safe drinking water, huge disparities still exist. This MDG also includes a sanitation target to halve the proportion of people without access to sanitation by 2015, but unfortunately that is lagging behind and is even considered one of the most off track of all the MDGs. At the same time, Africas environmental sustainability is under threat, with natural resources under intense pressure due to human-induced threats such as population growth, human migration, water scarcity, and unsustainable natural resource management practices.

The goal for this task was to build the evidence base for how Water, Sanitation and Hygiene (WASH) and freshwater ecosystem conservation projects can achieve simultaneous health and environment goals through more holistic, integrated approaches. Since World Water Day in March 2011, several conservation organizations, including CI, TNC and WWF, have been collaborating with a number of development organizations specializing in Water, Sanitation and Hygiene (WASH) to promote integrated approaches to improve freshwater conservation and human well-being. The rationale underpinning this multi-sectoral collaboration is that humans depend upon healthy freshwater ecosystems for sustaining the provision of multiple services over the medium and longer termincluding providing drinking water, sanitation and hygiene benefits. Ecosystem services support some 126,000 species, and these systems can be affected by WASH projects either degraded or enhanced depending on how they are designed and implemented.

With input from ABCG members, the InterAction WASH Working Group, and other connections within those networks, CI drafted a Terms of Reference and outline for a consultant to produce a white paper with syntheses of conservation NGO, USAID and other development group or agency case studies that make a compelling case for integrating conservation and WASH projects to USAID and WASH advocacy groups initially. David Bonnardeaux, a consultant based in Zimbabwe who has worked with both the WASH and biodiversity conservation sectors, was selected to write the white paper.

Key results in FY2012 include:

The 2nd Society for Conservation Biology (SCB) Africa Regional Meetingand the 48th global meeting for the Association for Tropical Biology and Conservation was held June 12-16, 2011 in Arusha, Tanzania.ABCG and partners held two workshops and a symposium on addressing the interconnections between HIV/AIDS and conservation.

The first workshop, led by Guyo Roba of IUCN, shared lessons in IUCN’s recent publicationInteractions between HIV/AIDS and the Environment and facilitated a discussion among participants as to how to grow the network of conservation and health practitioners working on these issues and how to bring key lessons into the policy dialogue at multiple levels.

In the second workshop, Dr. Steven Kiruswa of the African Wildlife Foundation led participants through AWF’s experience inMainstreaming HIV/AIDS into NRM: AWF’s AIDS Organizational Policy. Through this workshop, participants explored the components of an effective HIV/AIDS workplace policy, essential strategies for educating staff about resources available to them; and helpful linkages to providers of health care tools and family planning materials.

This symposium shared lessons learned on the connections between HIV/AIDS and conservation (impacts and mitigation), distributed resources such as the ABCG HIV/AIDS manual, the IUCN report on HIV/AIDS interactions and equiped participants with information, examples and resources on how conservation organizations can take action to reduce the impacts of HIV/AIDS on conservation.

Speakers representing many organizations and projects presented reports, projects and policies, including:

The major environmental impacts are:

The possibility of future insecurity is a major concern: as AIDS orphans grow up they often have little indigenous knowledge, weak attachment to land and resources, and poor education. They and other disenfranchised people may turn to unsustainable fishing, hunting, logging and charcoal-making on a large scale, with serious impacts on the environment, local livelihoods, and long-term security. This is a particular concern given the correlation between demographic youth bulges and increased likelihood of civil conflict (identified by Population Action International).

Examples of coping strategies identified for the conservation sector include: