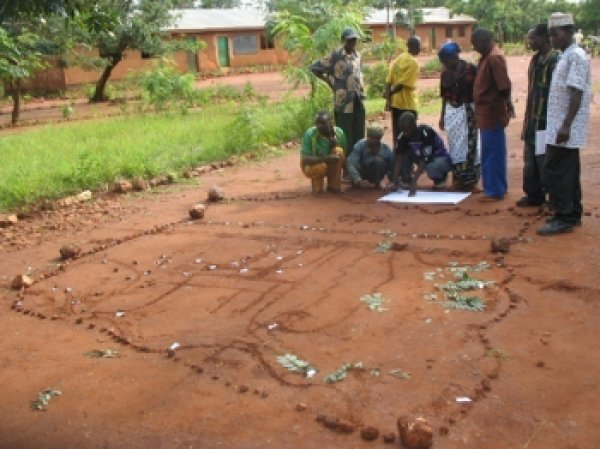 Over the last few years, ABCG has invested in assessing and pilot testing a number of traditional and new land-use planning approaches. These include both voluntary and regulatory approaches, such as zoning, environmental easements and land trusts. One finding of this work in East and Southern Africa is that the procedures for implementing these approaches are not established in law and, therefore, open to administrative discretion. In other places, the established procedures do not encourage implementation. For example, in many African countries, the government has broad authorities to restrict the use of privately-held land (including community land) but few regulations or guidelines on when and how these powers can be exercised. In East Africa, environmental easements are not voluntary, but court-ordered, providing few incentives for landholders to set some of their land aside for conservation.

In recent years, several ABCG members have also been investing time and resources into better understanding large-scale land acquisition (“land grabs”), especially for agricultural purposes (e.g., food and biofuels) and documenting the implications for biodiversity in Africa. Research has been conducted on the role of government agencies in land allocations for investment purposes, case studies have been developed on the social and environmental impacts of specific land acquisitions, and maps have been prepared to identify biodiversity-important lands that are at risk of acquisition. Much of this work has focused on East African countries, with plans to expand to southern nations and expand collaborative efforts in regional Congo basin initiatives.

The High Conservation Value (HCV) criteria provide a useful framework for identifying areas of biodiversity priority in the face of multiple economic interests over the same land. But to use the criteria in the context of national land use planning, it is necessary to develop reliable and consistent methods for the delineation of HCV areas. The limits and thresholds for these HCVs need to be defined and agreed at the national level. For each HCV criteria, it is necessary for stakeholders to agree when a given value will be considered an HCV.

Previous work made strides into establishing means and approaches to setting these thresholds for certain HCV attributes. Task members focused on those projects for which a reasonable amount of data exists, and those which will contribute added value to the process of land use planning currently underway in Gabon.

For FY 2013, the team completed data collection on endemic plant distributions, forest habitat types, great ape abundance, and the aquatic diversity of river systems. It build on the work completed in year I on the distribution and abundance of elephants, and priority elephant conservation zones.

The analysis of this data presented in this report shows how the use of data in a conservation planning can approach the question of critical thresholds for conservation. Each method described here enables a type of zoning, or classification by priority. These classifications allow for the adoption of a threshold in the spatial planning process, such as the level of coverage of different types of habitat, or the area of forest necessary to support a viable population of an endangered species. The choice of these threshold values and interplay between them can then be the subject of stakeholder debate.

Other 2013 accomplishments and outcomes include the following:

Presentation at IUCN Great Apes Meeting in Brazzaville, Republic of Congo, on the methodology and use of HCV to land use planning in Gabon:- Part I: Using thresholds to map priority areas and Part II Integration of priority setting with industry standards–Critical habitat & High Conservation Value.

In the past year, ABCG member organizations including AWF, JGI, TNC and WRI have collaborated to review land tenure issues in key countries including Kenya, Tanzania and Zimbabwe; analyzed communal conservancies and related strategies in several countries; and examine the law and practice of private land-use restrictions and assess their usefulness in achieving biodiversity conservation outside the protected estate. Much progress has been achieved in illuminating land use constraints, and uncovering opportunities for intervention as a first step in tackling poverty, biodiversity loss and conflict resolution. This paves the way to helping communities and governments at all levels implement a knowledge-based strategy integrating biodiversity conservation into local, regional and national development plans. Key results from the below activites were shared in an ABCG Thematic Meeting on October 2, 2012.

ABCG members the Jane Goodall Institute and The Nature Conservancy are working together with the Frankfurt Zoological Society (FZS) to assist local governments and citizen in general land management planning in the Greater Mahale Ecosystem of Western Tanzania.

AWF has also developed a business model to pilot application of the indigenization of the wildlife sector focused on the Save Conservancy in Zimbabwe’s Southeast Lowveld which has been the center of controversy between government, local communities and private land owners. This will include valuation, zoning and community engagement. The model will be presented to the relevant ministry for review and endorsement. Information and data was collected through site visits, discussions with key partner (i.e. Conservancy members and staff, ZPWMA staff), economic valuations, and community engagement using AWF staff directly and commissioned consultancy. Several high level meetings were held between AWF Senior Program staff led by the AWF President and ZPWMA management, board of trustees, the Minister, USAID Mission & other donors, and partners in Zimbabwe to discuss the findings. By the end of the year, a ‘Report of Study and Recommended Model for Piloting’ was completed and is being finalized for presentation to the Minister of Environment and Natural Resources Management to endorse recommended course of action.

Research on Overlapping Land and Natural Resource Property Rights (WRI)
In many African countries, most land and natural resources are either the property of the state or are public resources vested in or held in trust by the government for the people. While the state may be the owner, rights of access, control, transfer and exclusion—the bundle of property rights—are held under customary tenure arrangements or grants by the state under formal law for land and various natural resources on or below the land (e.g., minerals, oil, natural gas, water, trees, and wildlife). Under formal law, these property rights regimes are separate and distinct. The rights to land often include only surface rights and not rights to these natural resources. As a result, different individuals or institutions may hold surface and natural resource rights on the same plot of land.

WRI’s research focuses on the laws that govern land and natural resource property rights and the implications for the holder of the land (surface) rights. The review of laws included petroleum, minerals and trees/forests in six African countries: Kenya, Tanzania, Uganda, Nigeria, Ghana and Liberia. WRI is developing a series of recommendations designed to reduce conflict and promote development, including harmonizing legislation and promoting more coordination across the government agencies responsible for implementing the laws. The full report will be completed in FY2013.