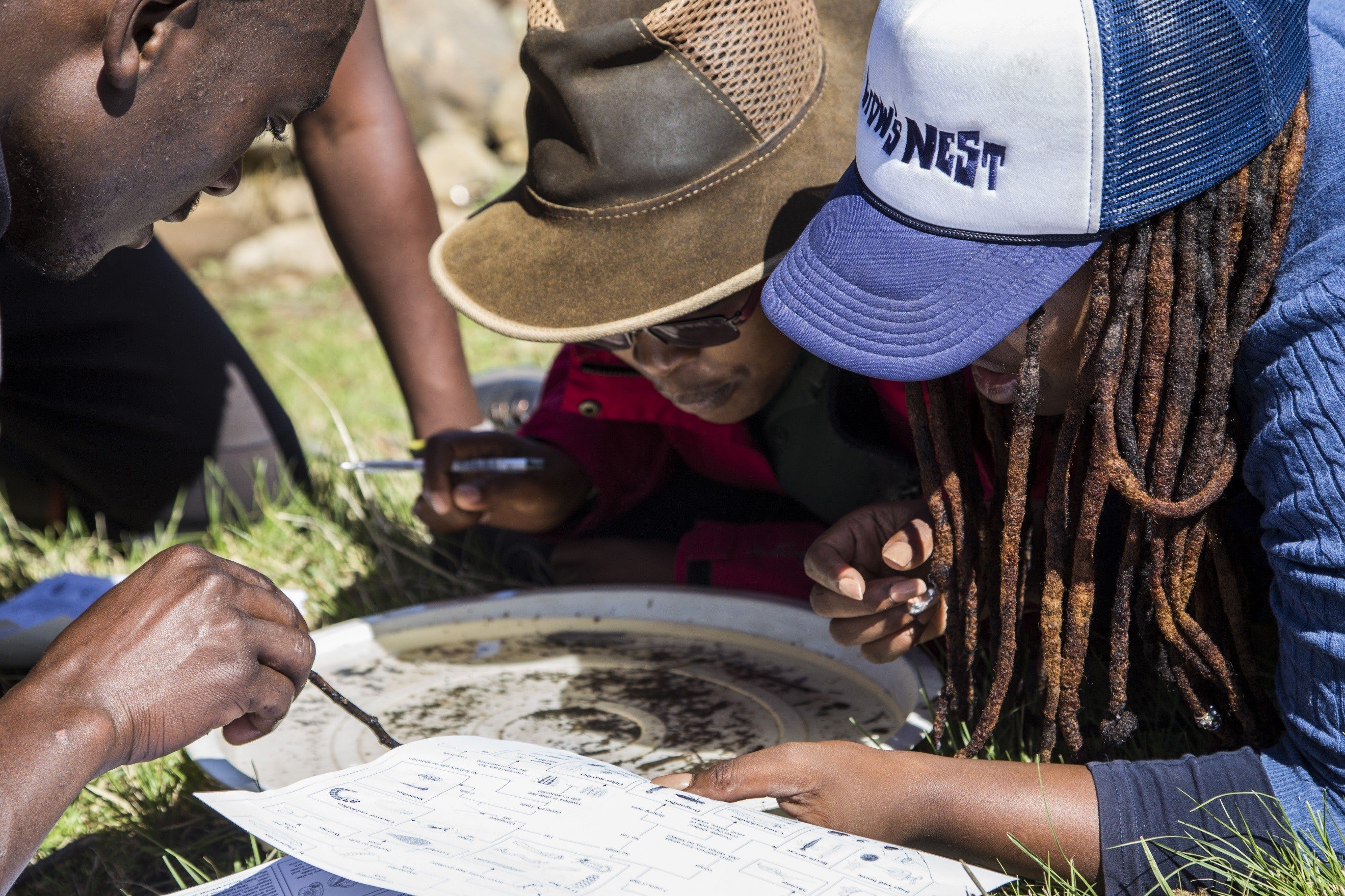 ‘Uganda’s Budongo-Bugoma Forest Corridor, situated in the north of the Albertine Rift, is considered to be one the most biodiverse regions of Africa, well known for its chimpanzee population. However, this biodiversity hotspot is under pressure from high population growth, deforestation, and seasonal water supply extremes — and the flash point is often access to water.

‘Elsewhere on the continent in South Africa’s dry Eastern Cape Province, the country’s last free-flowing river, the Mzimvubu, is experiencing environmental stresses of its own. Surrounding grasslands are overgrazed, free-roaming livestock pollute the river, invasive tree species proliferate the landscape, and the majestic mountain terrain is severely eroded. In spite of this degradation, the river serves as the vital water source for more than one million people (and growing), many of whom are struggling to make a living off the land.

‘The pressures on these two ecosystems and the humans and wildlife that depend upon them are immense. How does one promote conservation and environmental preservation in communities lacking in such basic human needs as regular water supply and sanitation? The answer may lie in the intersection of freshwater resource management and water, sanitation, and hygiene (FW-WASH).

In Uganda, ‘interventions target 10 villages and range from restoring and supplying new water sources to engaging the community at the school level to improve sanitation and hygiene practices.

‘In 2011, USAID began funding a unique partnership of seven U.S.–based international conservation NGOs — the Africa Biodiversity Collaborative Group (ABCG) — to strengthen collaboration to address complex conservation challenges in sub-Saharan Africa and identify solutions. The consortium currently tackles five issue areas, one of which is the link between global health and biodiversity conservation, which includes an exploration of FW-WASH.

‘By linking FW and WASH, USAID aims to reduce watershed degradation and pollution and improve the health of the water sources and the populations who depend upon them. Protecting and restoring freshwater ecosystems that serve as drinking water sources for the poor and underserved are considered important measures to reduce water insecurity, an increasing concern in Africa and a key goal of the U.S. Government Global Water Strategy.