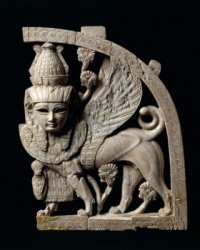 African forest elephants–taxonomically and functionally unique from their savanna cousins that they separated from 5 million years ago–are being poached at accelerating rates. Many central African countries have opened up their forests to selective logging and mining concessions, thus enabling access for poachers. However, there is poor range-wide information on the repercussions.

Analysis of the largest survey dataset ever assembled for forest elephants (80 foot-surveys; covering 13,000 km; 91,600 person-days of fieldwork) revealed that population size declined by ca. 62% between 2002-2011, and the taxon lost 30% of its geographical range. The population is now less than 10% of its potential size, occupying less than 25% of its potential range. High human population density, hunting intensity, absence of law enforcement, poor governance, and proximity to expanding infrastructure are the strongest predictors of decline.

To save the remaining African forest elephants, illegal poaching for ivory and encroachment into core elephant habitat must be stopped. In addition, the international demand for ivory, which fuels illegal trade, must be dramatically reduced. Find the presentation slides via this link here.

Dr. Fiona Maisels is the Coordinator for the Wildlife Conservation Society’s wildlife monitoring Programmes in The Congo Basin and one of Central Africa’s most experienced conservationists. Her expertise covers survey methodologies, wildlife abundance and distribution, wildlife ecology and protected area management. She has trained hundreds of wildlife biologists and runs one of the most esteemed training courses in Central Africa. Dr Maisels is on the Scientific Commission of GRASP, is a member of the IUCN/SSC Primate Specialist Group and is an Honorary Research Fellow at the University of Stirling. Dr Maisels studied the feeding ecology of mouflon in Cyprus for her PhD (Edinburgh University)  and has since worked in Central Africa for over 20 years.