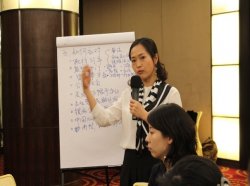 Engaging Chinese Overseas Enterprises to Mitigate Impacts of Wildlife Trafficking in Africa in 2017.

Through its Emerging Issues small grants, ABCG identifies and develops strategies to respond to new and growing threats that are likely to shape conservation priorities in the coming years, and influence the effectiveness of biodiversity conservation efforts in Africa.

The project sought to develop a wildlife trafficking framework that could be implemented by Chinese companies, African host countries, and civil society partners in order to augment their current policies. The objectives were to: policies/guidelines. To further inform the Chinese business community about their conclusions, WWF hosted workshops in Cameroon and Gabon, while WCS did the same in Uganda and China.