Poaching and trafficking of Africa’s wildlife is escalating to unsustainable crisis proportions. Dr. Muruthi’s presentation highlighted how the African Wildlife Foundation (AWF) and partners are responding under three key areas—Stop the Killing, Stop the Trafficking, and Stop the Demand. In 2012 AWF established, in addition to its overall conservation approach, a Species Protection Grants Program under which a $10 million Urgent Response Fund was started in 2014.

The talk discussed how species and populations for support are selected, which populations have been supported and which will be targeted in the coming two years. Countries targeted and specific support provided under Stop the Trafficking will be reported. Efforts under Stop the Demand have been targeted to China and Vietnam but recently AWF has embarked on a campaign focusing on Africa starting with Tanzania. AWF prioritized supporting boots on the ground, providing prosecutorial training, deploying detector dogs at ports, and campaigns towards reducing demand. Philip’s talk portrayed expenditures on each group of focal species including elephants, great apes, large carnivores and rhinoceros. Although the overall trend in poaching is of great concern, AWFs program combined with efforts of partners is achieving positive results in many focal populations. The poaching crisis is happening within the context of habitat loss and fragmentation and only through concerted efforts can the continued survival of Africa’s wildlife can be ensured.

Watch the webinar recording below: 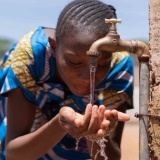 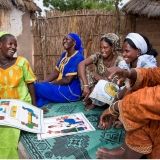 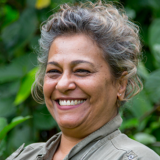