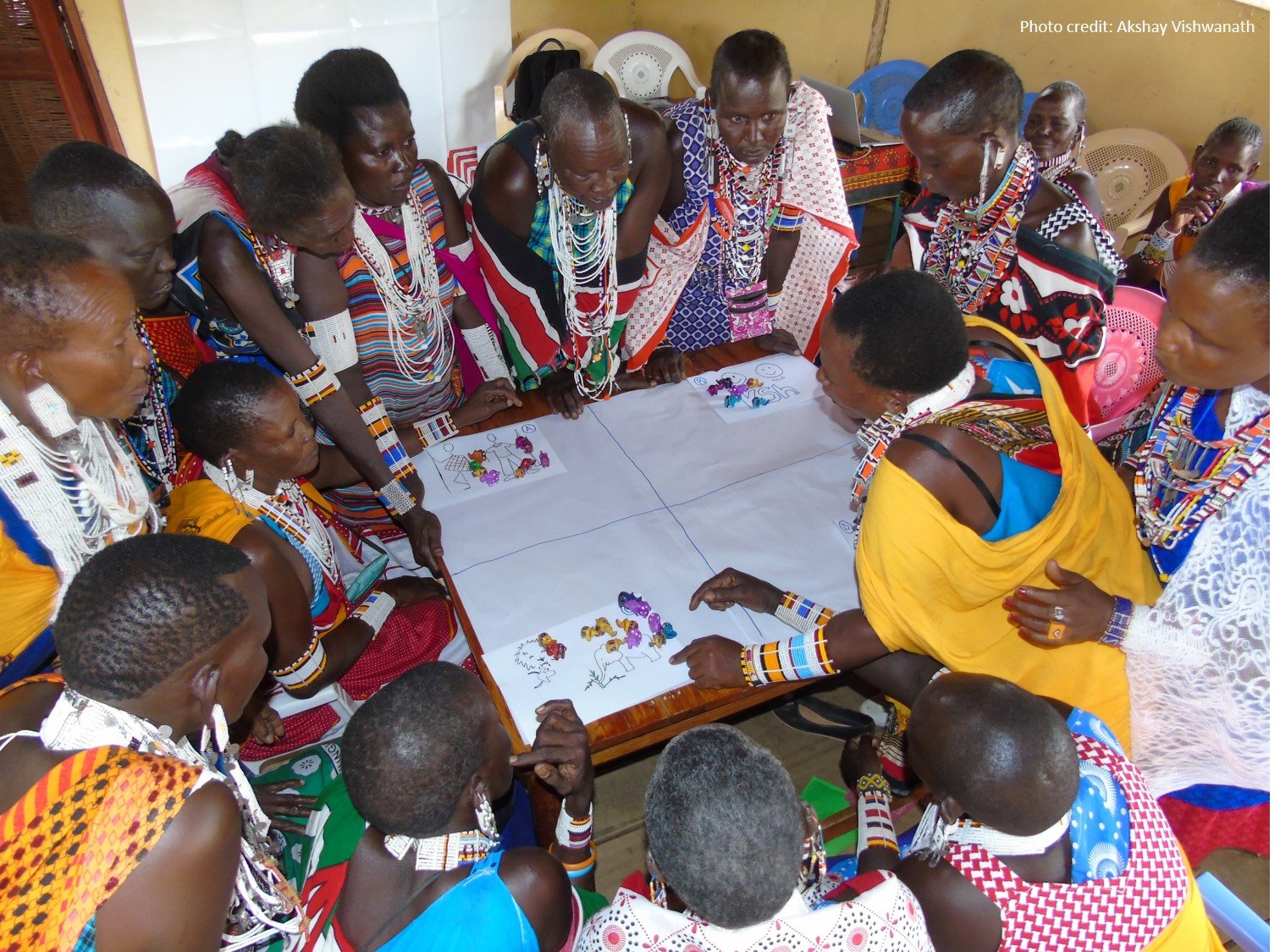 Law enforcement and reducing the demand for wildlife products were for a long time the first line of defense against illegal wildlife trade. Engaging local communities is an important aspect that was missing in this process, stated Holly Dublin.

In response to this, IUCN Sustainable Use and Livelihoods Specialist Group (SULi), International Institute for Environment and Development (IIED), and partners drafted a Beyond Enforcement Theory of Change that sought to involve communities in fighting illegal wildlife trade. Beyond Enforcement later changed to First Line of Defence Against Illegal Wildlife Trade (FLoD), which employs an ‘Action Research’ approach to test and investigate the theory of change. The approach deeply interrogates assumptions, perceptions, and logic flows of illegal wildlife trade project designs by comparing and contrasting with the assumptions of local communities.

Engaging local communities in combating illegal wildlife trade has a firm recognition by the UN General Assembly, explained Dublin. The policy aspects of this issue were first discussed in 2013 in Botswana at the African Elephant Summit, and featured in the London Declaration of 2018. It is because of this recognition that many governments and projects have embraced engaging local communities in fighting illegal wildlife trade. However, their efforts have often failed due to lack of a clear framework that ensures that communities’ engagement remains at the heart of the discussion.

To address this, the FLoD methodology was designed to provide a framework that interrogates assumptions at multiple levels in the baseline theory of change. The baseline theory of change is divided into 4 distinct categories; increased cost of participating in illegal wildlife trade, which includes cost of scouts and prosecutors, increased incentives for stewardship, such as access to natural resources and governance, decreased cost of living with wildlife by managing human wildlife conflict, and increased non-wildlife based livelihoods, such as businesses that are not wildlife related.

FLoD employs the use of focus group discussions in the local community using tools that are more interactive to allow participation by both the literate and the illiterate. Once inputs are collected, they are replayed back to the community where synergies and divergent assumptions are discussed and addressed. The community is also given the autonomy to prioritize on the assumptions and work on issues more central to them, explained Akshay.

FLoD’s methodologies play a role in highlighting the use of theories of change used by donors and intervention planners that are sometimes inconsistent and divergent from the reality on the ground. That is in addition to its role in empowering communities by strengthening collaborations and helping in designing more effective interventions to combat illegal wildlife trade with community engagement.

Lessons learned in the application of FLoD can be found on People Not Poaching.

Click below for an in-depth explanation on the FLoD tool and its methodology, as well as an informative Q&A session>

Holly Dublin has worked as a practitioner in the field of sustainability – linking the inherent values of biodiversity and ecosystem services to human livelihoods and well-being for more than three decades. She began as an African systems ecologist and over the course of her career has become a global expert in community-based conservation, governance and collaborative management approaches; the international trade and use of wild species of animals and plants; long-term ecological monitoring; measuring and valuing corporate impacts and dependencies on natural and social capital; strategic planning, programme implementation and evaluation in the conservation and development sectors. She has mentored young professionals across the developing world throughout her career. Holly is currently a Senior Associate at the International Institute for Environment and Development and a Senior Advisor to IUCN’s Regional Office for Eastern and Southern Africa. She is also on the Steering Committee of IUCN’s Sustainable Use and Livelihoods Specialist Group, having served as the Chair of the IUCN African Elephant Specialist Group for 26 years and on the Governing Council of IUCN as the elected Chair of the IUCN Species Survival Commission. She participated in the development of the “Beyond Enforcement” initiative and is one of the designers and implementers of the “Local Communities: First Line of Defence Against Illegal Wildlife Trade” (FLoD) approach. As an active proponent for building community voice, Holly has been deeply engaged in helping establish the Rural Communities Working Group of CITES and is one of the authors of “Wild Life Wild Livelihoods”.

Akshay Vishwanath is a Senior Programme Officer with the Conservation Areas and Species Programme of IUCN’s Eastern and Southern Africa Regional Office. Akshay has over 10 years of wide-ranging experience in sustainable development, biodiversity, environmental awareness, community conservation and natural resource management, particularly in Eastern and Southern Africa. Akshay strives to find solutions to environmental challenges that are both socio-economically viable and beneficial to ecosystem health and biodiversity.