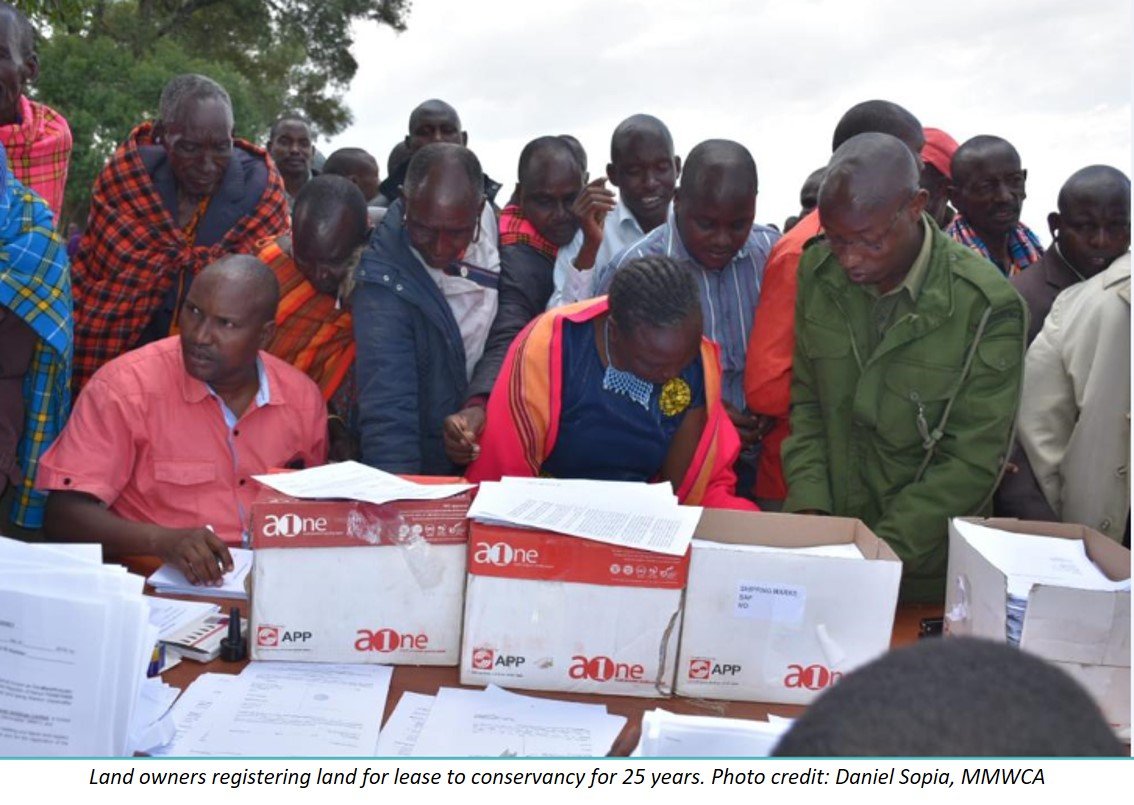 The Mara-Serengeti Ecosystem in Tanzania and Kenya is an important ecosystem area that is estimated to carry about 40% of Africa’s remaining large mammals. The Greater Maasai Mara contains 25% of the ecosystems larger mammals despite making up only .05% of Kenya’s land mass. This figures were being shared by Daniel Sopia, the CEO Maasai Mara Wildlife Conservancies Association (MMWCA) at a recent Africa Biodiversity Collaborative Group speaker series event held on October 29, 2019. Living harmoniously with the wildlife in the Greater Maasai Mara, are hundreds of thousands of the Maasia population who are traditional pastoralists.

Daniel noted that despite its importance, over half of the area in this ecosystem is unprotected. This exposes the wild animals to high threats as a result of habitat loss due to land privatization, fencing for agriculture or alternative land use, human-wildlife conflict and other land use pressures.

The adjacent land owned by local communities form key dispersal and diversity areas and are designated as Wildlife Conservancies that surround the National Reserve. Daniel’s presentation noted that a conservancy pools hundreds of individually owned land parcels into larger wildlife, tourisms and livestock management entities. Wildlife conservancies play a critical role in conserving the land and securing it from land conversion that lead to habitat loss and ensures the prosperity of biodiversity and wildlife in the region.

MMWCA has been in operation since 2014 and was formed as a membership organization for current and future wildlife conservancies in the Greater Maasai Mara. MMWCA has a mandate from landowners and tourism parties to play an overarching coordination role for the Greater Mara Ecosystem stakeholders. The association activities involve sustaining and creating Mara Conservancies, conservancy governance and transparency, community advocacy and awareness, gender education, sustainable revenue development and local capacity building.

This model has resulted to numerous benefit for wildlife, livestock and humans. Among these benefits include guaranteed monthly income for the communities, grass banks that allow land owners to access grazing in the conservancy, conservation where land and resources are conserved, employment through access to jobs in the tourism industry and conservation and development projects including health centers, water, classrooms and road.

For more about this model, download and listen to the webinar recording:  – audio recording Daniel Sopia is an accomplished leader in conservation, with a track record of working with local communities to protect Kenya’s diverse ecosystems. He brings to MMWCA a great mix of leadership, inspiration, and passion for conservation. He possesses management experience in the conservation and tourism sectors. He serves on the Board of Greater Mara Trust/Greater Mara Management Limited as well as the Board of the Kenya Wildlife Conservancies Association representing the Maasai Mara region. As a founder member, Daniel has done a remarkable job with MMWCA’s formation, firstly as the Chairperson of the Conservancies Council prior to joining the Secretariat as Chief Programs Officer then CEO. Daniel is a Silver rated Professional Tour Guide who left active tour guiding to help set up Olare Motorogi Community Conservancy Trust in Maasai Mara. He co-steered Olare Motorogi Conservancy as a Director from 2006 to 2008, a Trustee and as a Community Development Manager in the year 2013. He has also served in the capacities of Board Member for Olare Motorogi Conservancy and Vice Chair of Olpurkel Company Limited, the Management Company managing the conservancy. Currently, Daniel has also been appointed as a Member of the Human-Wildlife Compensation Schemes Task Force.