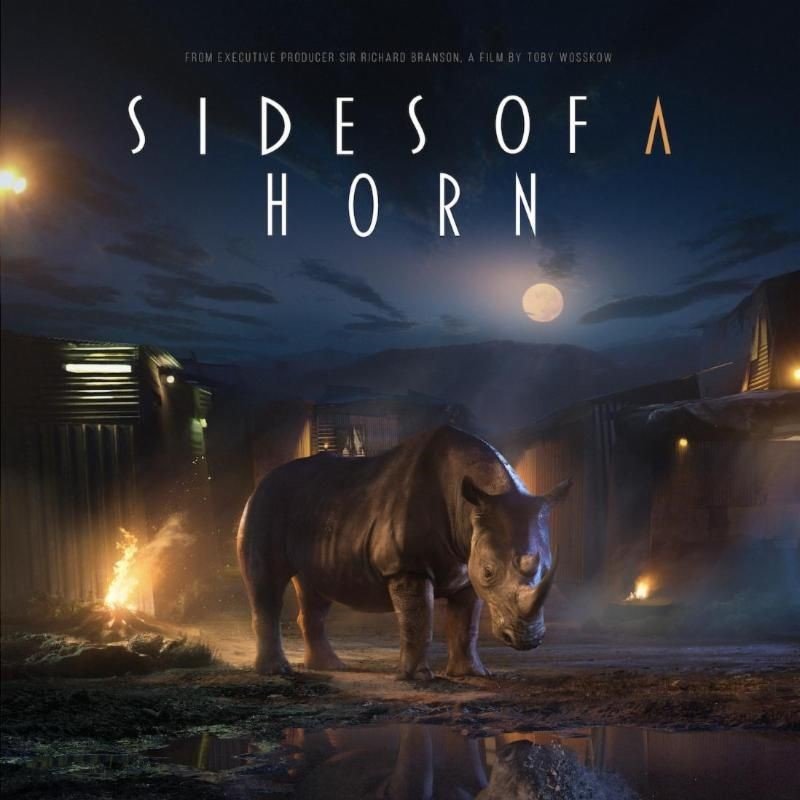 There are about 25,000 rhinos in all of Africa today. This number becomes more meaningful — and painful — when you consider rhinos’ former strength on the continent. Black rhinos once numbered in the hundreds of thousands, while southern white rhinos were widespread in their range south of the Zambezi river.

Though concerted anti-poaching efforts have reduced the overall number of rhinos killed since the start of the crisis in 2008, the rate of illegal rhino killings has remained high for the last nine years with South Africa losing 1,028 rhinos in 2017. The stakes of rhino protection continue to escalate as poaching operations grow more sophisticated and habitat loss spreads across large wildlife-rich landscapes.

The Africa Biodiversity Collaborative Group (ABCG) hosted a private screening of the award-winning short film, Sides of a Horn on May 14, 2019 at the African Wildlife Foundation’s offices in Washington DC. The film tells the story of Africa’s rhino poaching war from both sides of the fence. It paints an unbiased portrait of a modern war that is tearing communities apart and driving prehistoric species to the verge of extinction. The screening was followed by a panel discussion on innovative approaches to rhino conservation featuring Kathleen H. Fitzgerald, Africa Sustainable Ecosystems Division Lead – Conservation Capital, Ed Sayer, Country Director – Frankfurt Zoological Society (FZS) Zambia and Programme Manager – North Luangwa Conservation Programme, and Philip Muruthi, Vice President, Species Protection – African Wildlife Foundation.

Philip highlighted that the major challenge to conserving viable rhino stock is their small fragmented population. This poses issues for biological management of rhinos, such as the ability to minimize inbreeding and maintain healthy population growth. According to Philip, the high cost of rhino management has seen two rhino sanctuaries in Kenya give rhinos back to the state. Rhino conservation requires specialized capacity that includes highly targeted training and equipping, knowledge of rhino behavior, and habitat management. He acknowledged the improvement in rhino population made in the period between 2015-2017 and added that in order to further improve the status of rhinos, there is need for high level political support.

Ed explained that FZS started reintroduction of black rhinos to Zambia from South Africa in 2001 in an effort to increase rhino population. Due to longer procedures and consultations with governments, only 25 rhinos were introduced from South Africa over a period of seven years as compared to the projected period of two years. This reintroduction was faced by adaptation challenges due to a change in geography. He further explained that in an effort to recover rhino population, FZS has been engaged in ranger motivation through high level training of scouts on new technology, as well as a focus on long-term incentives by building permanent housing for scouts’ families, and investing in rhino monitoring technology. The revitalization of the Intelligence Investigation Unit and the use of detection dogs has also become an integral part of FZS’s effort in dealing with wildlife crime.

In her presentation, Kathleen stressed that conservation goals should not only protect rhinos, but also grow their population. This has however been challenged by availability of short term and limited funds. To address this challenge, she suggests a shift from traditional donor support to impact investors through bonds, such as the Rhino Impact Bond (RIB).

The Rhino Impact Bond is a 5-year bond designed to address the issue of unlimited funds and to grow rhino population. The short term vision of RIB is to deliver better value for funders through verifiable and cost effective outcomes, while the long-term vision is to ensure protected areas are well managed. A Rhino Growth Theory of Change that assesses the requirements for the ability to grow rhino population in five years has been developed by the Rhino Impact Bond team. The document gives an in-depth analysis of five key areas of focus; habitat management, range availability, containment and counter poaching, rhino population management, and enabling conditions.

Kathleen Fitzgerald, leads Conservation Capital’s Sustainable Ecosystems Africa division. She has more than 25 years of experience in integrated large landscape conservation programmes in Africa and North America. Kathleen was a senior staff member of the African Wildlife Foundation for 11 years, most recently serving as Vice President for its East and Southern Africa portfolio. She has helped create new conservation areas, improve management of existing protected areas, established co-management arrangements and designed innovative models for community conservation. She has completed dozens of land transactions in North America and worked extensively on increasing conservation finance for protected areas. Kathleen is widely published and has an undergraduate in Environmental Studies and Government and a Master of Science. Kathleen is based in Nairobi, Kenya.

Ed Sayer, is Zambia Country Director for the Frankfurt Zoological Society (FZS) and also manages FZS’s North Luangwa Conservation Program. Headquartered in North Luangwa National Park, the project provides technical assistance to the Department of National Parks and Wildlife (DNPW) in the park and across the broader ecosystem, ranging from the implementation of training needs, set up of management systems, and facilitation of all aspects of operations through daily supervision and interaction with DNPW personnel from the Senior Provincial Warden down to the lowest ranked officer. Ed is also a pilot with over 2,500 hours flying the FZS aerial surveillance aircraft. Prior to this, Ed was Wildlife Manager for the Grumeti Fund in Tanzania, Operations Manager for the South Luangwa Conservation Society, and a Walking Safari Guide in the Luangwa Valley. He has a BSc in Land Economics and is obtaining his MBA.

Dr. Philip Muruthi, Vice President, Species Protection has worked with African Wildlife Foundation for more than 20 years, faces conservation challenges from a broad perspective. His role is to deliver strong and appropriate conservation science inputs to AWF’s integrated conservation strategies that take into account landscape-level approaches, social issues, and economic issues. He is responsible for issues as varied as the kind of endangerment classification a species should receive, or how resources should be allocated and oversees AWF’s species program. In addition, Philip represents AWF in the international conservation dialogue, such as at the Convention on International Trade in Endangered Species (CITES) and the International Union for Conservation of Nature (IUCN) World Conservation Congress. He is also a member of the Task Force on Kenya’s Migratory Corridors and Dispersal Areas as well as Kenya’s National Giraffe Conservation Task Force. Philip’s educational qualifications are extensive, including both an M.S. and Ph.D. in ecology and evolutionary biology from Princeton University, and numerous publications.

Rebecca Goodman, Director, Africa Biodiversity Collaborative Group, leads ABCG’s efforts to identify, analyze, and develop responses to emerging and high priority issues affecting biodiversity conservation in sub-Saharan Africa. She manages the multiple work flows of the ABCG Secretariat, ranging from internal coordination to strategy development, donor engagement, program management, communications and external representation to key stakeholders in the US and Africa. She previously led program strategy and partnership development in Senegal, Mali, and Cameroon as West Africa Regional Director at Trees for the Future. As Technical Advisor for the US Forest Service’s Program for Environmental Governance in Guinea, she mobilized local government and communities to implement a forest co-management model. She has prior experience at Rainforest Alliance advancing the sustainable management of community farm and forest operations by securing government and multilateral grants. Rebecca earned a M.A. in International Environmental Policy from the Middlebury Institute of International Studies at Monterey, CA through the Peace Corps Master’s International Program. She served as a Peace Corps volunteer in Mali where she trained farmers in agroforestry extension techniques. She holds bachelors’ degrees in Biology and French.